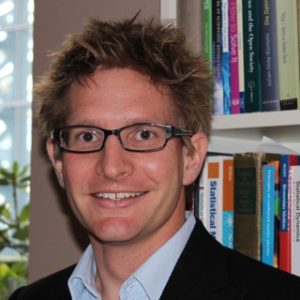 Resident LML Fellow Ole Peters will be leading a tutorial ‘350 Years of Puzzles in Economics – and a Solution’ at the Division of Physics of Socio-Economic Systems (DPG) Spring meeting in Berlin. The DPG Spring meeting is jointly held with the European Physical Society (EPS).

In 1654 Fermat and Pascal puzzled over a gambling problem and invented probability theory. Three years later, Huygens declared that random quantities and their expectation values are “the same thing.” Economics was the first adopter of the budding theory and to this day maintains much of the spirit of Huygens’s early proclamation. Problems arising from this view of randomness have led to numerous puzzles in economic theory and beyond. An early example is the St. Petersburg paradox of 1713, a recent example is the insurance puzzle in general competitive equilibrium theory.

Economics has responded to these puzzles largely with labels. Humans are labelled irrational or risk averse.

An alternative treatment emerged from physics, where randomness entered in the 1850s with the development of statistical mechanics. Here, the question of ergodicity arose: are expectation values indicative of temporal behavior? The insight that in many cases an expectation value does not reflect the dynamics can be used to resolve the class of economics puzzles I will discuss. It leads to an alternative economic formalism that makes testable predictions. It can answer economic questions by assessing systemic stability where previously only moral assessments were available.

Her (15) + Presentation from Sander Bais