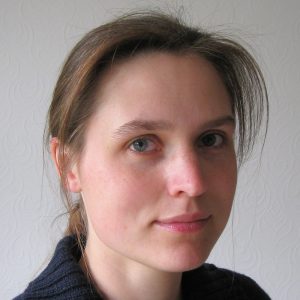 A fundamental methodological cleavage runs through macroeconomics. On one side, Keynes and Knight emphasised the importance of fundamental or radical uncertainty, while Ramsey and Savage interpreted uncertainty as calculable risk. The latter approach has dominated macroeconomics, crystallised by Robert Lucas who declared in 1977 that in cases of uncertainty, economic reasoning will be of no value.[1] Macroeconomics and economists would have nothing to say.

This may have been a critical misstep. Indeed, in a world of risk, all economic agents can calculate their own optimal paths for income, leisure and consumption from today to as far into the future as necessary. This implies that, in fact, macroeconomists have nothing to add, other than to remove impediments to markets clearing. Therefore, contrary to Lucas, it may be that only in a world of uncertainty can macroeconomics make a valuable contribution.

Once uncertainty is permitted, we have a richer interpretation of the economic environment. Agents may have time, state and even social-context dependent preferences and beliefs. Rather than act in isolation we may make inferences from the actions and narratives of others we interact with. Indeed, a large number of institutions, such as law and the welfare state can be interpreted as collective attempts to manage real world uncertainty. This generates an active role for government in macroeconomics.

There are a number of approaches for describing uncertainty. One interpretation is that it occurs where probabilities cannot be assigned to the outcomes of future events (‘Knightian’ uncertainty). This raises the question of how we form and update expectations. If limited updating occurs, many different macroeconomic outcomes are feasible. Another interpretation is about events we can only imagine, but not quite conceive of as possible outcomes (radical uncertainty). Both types of uncertainty arise in the ‘real world’, and they can lead to very different behaviours and our policy makers must operate with them.

Allowing for uncertainty in analysis and theory need not lead to nihilism as some fear. Indeed, the rare cases of economic theory papers with uncertainty were at the heart of the UK Government’s response to the financial crisis.[2] But these cases are in the periphery; much more needs to be done. Our subject is one of many disciplines which must contend with uncertainty.

The University of Warwick