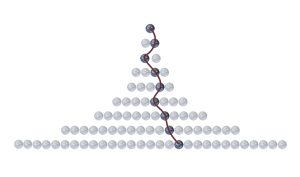 The project is a full re-write of economic theory, taking account of the ergodicity question: are averages over time identical to expectation values (averages across the stochastic ensemble)? This is effective because the foundations of economic theory were laid at a time when our formal understanding of randomness was in its infancy and conceptually naïve. Yet the key formal models of human behavior used in economics are models of decision-making under randomness. These themes are explored in a dedicated blog, that includes a periodically updated set of lecture notes.

2013: Peters and Adamou [4] extend the work on leverage optimisation [1] to test a prediction it makes about the nature of fluctuations in stock prices. This produces a solution of the Equity Premium Puzzle and suggests an algorithm for setting central bank interest rates.

2015: Following a suggestion from economics Nobel Laureate Ken Arrow, Peters and Adamou [7] publish a solution of the insurance puzzle: why do people buy insurance although the transaction reduces their expected wealth? By extension this explains, and helps price, financial derivatives. In the same year they publish a solution of the cooperation conundrum: why would one entity voluntarily give up resources for the benefit of another, but without immediate benefit for itself [6]?

2016: Peters and physics Nobel Laureate Murray Gell-Mann [8] publish a detailed solution of the gamble-selection problem, which is the foundation of economic decision theory.

Adamou and Peters [9] point out that the techniques and concepts developed in this context lead to deep insights into the dynamics of economic inequality. Berman, Peters, and Adamou [10] published a detailed study of American wealth distributions.

2017: Rick Bookstaber argues in his book “The end of Theory” that the ergodicity problem severely limits the usefulness of mainstream economic theory.

2018: A generalization of the results presented by Peters and Gell-Mann [8] is published [11]. This clarifies how the emerging framework is related to classical expected utility theory (EUT). It removes the arbitrariness associated with EUT due to the free choice in the latter of a utility function. At the same time, it is less restrictive than, for instance Whitworth’s (1870) or Kelly’s (1956) treatments because it provides interpretations of utility functions other than the logarithm (for example Cramer’s 1728 square-root).

Following discussions with Jean-Philippe Bouchaud, an important interdisciplinary link between a statistical-mechanics model of spin glasses (the random-energy model) and simple models of investment portfolios (sums of log-normal variates) is published [12]. This link has been known for many years by some researchers and finance professionals. It has allowed powerful techniques developed by physicists in the 1980s to be applied in the context of finance and economics.

Nassim Taleb argues in his book “Skin in the game” that the ergodicity problem requires us to re-think how we use probabilities in economic theory and beyond.

Peters publishes an update and overview of ergodicity economics [13].

Scroll to top
We use cookies to ensure that we give you the best experience on our website. If you continue to use this site we will assume that you are happy with it.Ok